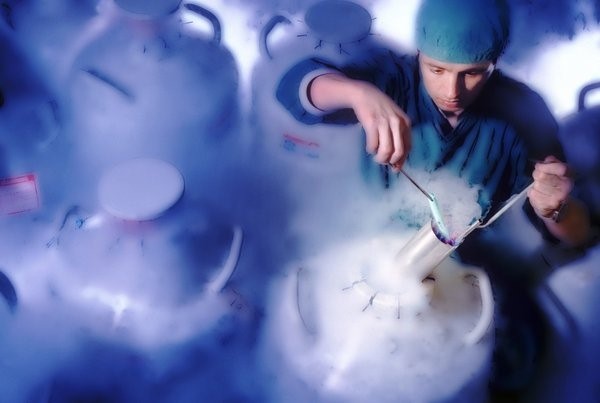 The Difference Between Fresh & Frozen Embryos

Thanks to recent research on the success of IVF using frozen embryos, more doctors are electing to freeze rather than use fresh embryos for the majority of their patients.If you’ve recently undergone IVF, or you’re thinking about starting the process, you might be wondering about this aspect of your treatment.

Are frozen or fresh embryos better? Frozen embryos can lead to better pregnancy rates as Frozen Embryo Transfer Cycles allow for better synchronization between the embryo and the uterus. Medical science continues to make IVF a reliable option for would-be parents and provides some concrete answers as to the benefits of frozen embryos.

As they grow, babies with low birth weights may also be more susceptible to diabetes, heart disease, high blood pressure, metabolic syndrome, and obesity. It is important for parents and doctors to take steps to prevent low birth weights in babies. For those using IVF, this means choosing frozen embryos when possible.

In addition to improved success rates, using frozen embryos in IVF can have a positive impact on the health of would-be mothers. When using fresh embryos, doctors must implant the embryos almost immediately, even if a woman is experiencing physical stress and high estrogen levels as a result of the recent egg harvest.  The frozen embryo transfer cycle allows the flexibility of when the transfer will occur, which can give the mother a physical or emotional break.

Frozen embryos allow doctors to wait until a woman is at her healthiest, and her hormone cycles are best for implementation. Women can also elect to wait for personal or other medical reasons. For example, a woman affected by cancer might choose to have her eggs harvested and embryos frozen so she will be more likely to become pregnant once her treatment is complete.

With frozen embryos, women only have to undergo one retrieval cycle, which can reduce stress as well as the cost of the procedure. Also, the additional time freezing embryos gives doctors the chance to conduct Preimplantation Genetic Screening. This genetic screening tool allows doctors to identify potential abnormalities in embryos used for IVF. Ruling out genetic conditions in embryos before they are transferred can both increase the success of becoming pregnant and improve the likelihood the resulting child will be healthy.

Is this to say that it is hopeless to do fresh embryo transfers? Not at all. There is a long documented success with fresh embryo transfers. The purpose of this post is to simply list the hidden advantages of using frozen embryos. Here at Red Rock Fertility Center, we have found higher success rates using frozen embryos in the >38 year old population and when estradiol and progesterone levels are too high during egg stimulation.

Whether you are considering IVF, have just completed your first cycle, or have been trying for several cycles, many aspects of the process may foster questions. Through conversations with your knowledgeable fertility doctors, and learning about the latest fertility research, you will be empowered to make the best choices for your family.

For those suffering male infertility, a sperm analysis report can help give some answers. The results from semen analysis reports can be confusing and difficult to interpret, especially if you’re waiting to find out whether your semen is contributing to […]

New parents spend a good portion of the time before their kids learn to speak trying to decipher their baby’s needs. It’s often a primary source of frustration. However, there is a simple thing your family can do to alleviate […]