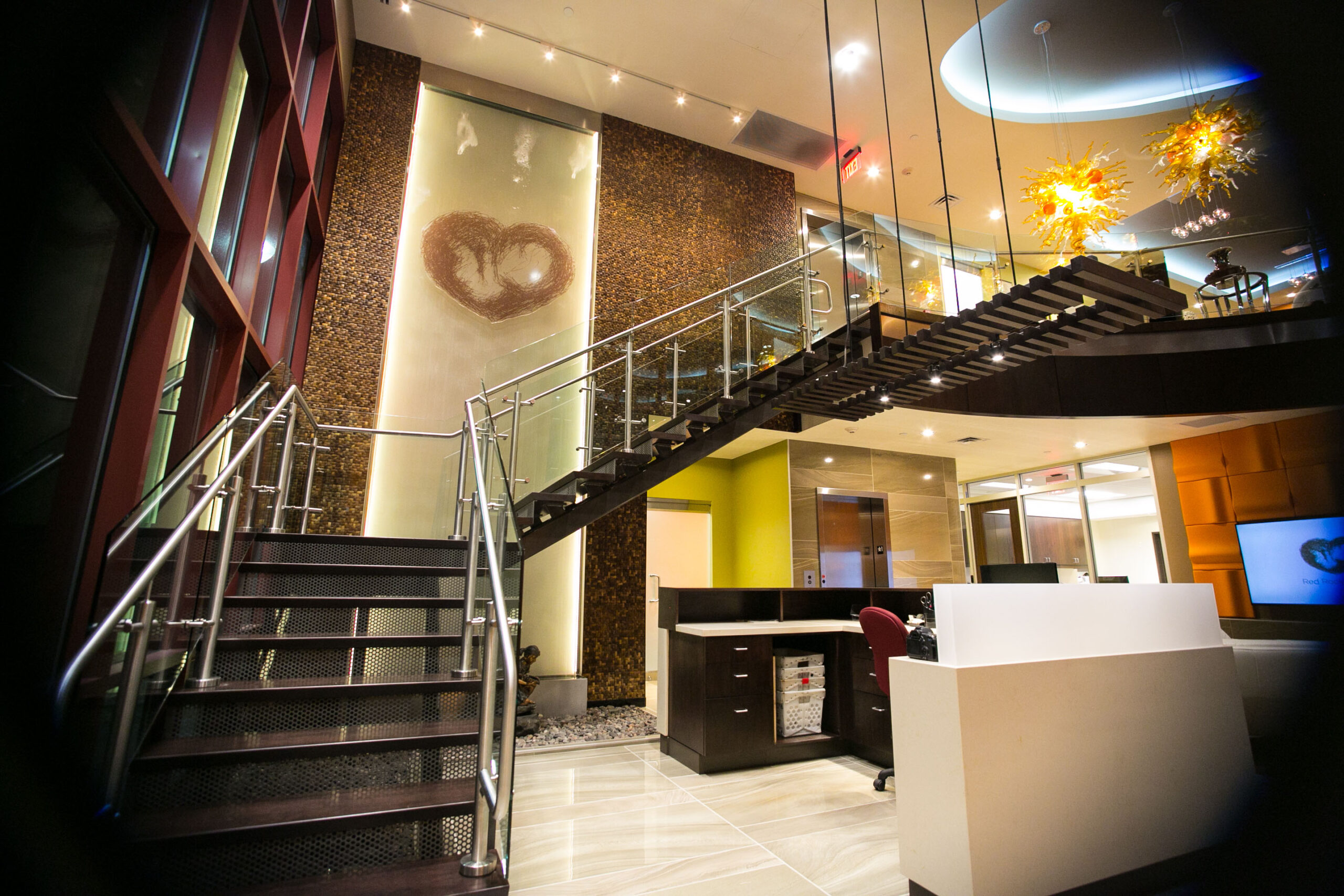 Meet The Santiagos: Winners of the Win a Baby Contest

In November of 2015, a leading infertility treatment clinic in Las Vegas, Red Rock Fertility Center, teamed up with 93.1 The Party to announce an exciting contest. The contest, aptly called Win a Baby, gave couples struggling with infertility the chance to win an Ultra IVF package. The contest was the chance of a lifetime for those couples who always dreamed of starting a family of their own but were unable to due to fertility issues.

After sifting through hundreds of contest submissions, each detailing a unique and moving struggle to start a family, the winning couple was announced live on 93.1. The Santiago’s story and journey through IVF, pregnancy, and beyond will be shared here to offer hope to those who may be struggling with a similar situation. Here is the story of how the Santiago’s came to where they are today.

Geneva and Shawn first met in the tropical paradise of Belize, where Geneva was living for a few years after graduating high school. Soon after, they were married and decided to move back to Geneva’s hometown, Las Vegas, where they still reside today. From the moment of the nuptials, the Santiagos knew they wanted to have children of their own. From the first attempt to become pregnant, they experienced difficulties.

Throughout their quest to start a family, the Santiago’s have experienced a total of 4 ectopic pregnancies. Approximately 20 in 1,000 pregnancies are ectopic, which occurs when the fertilized egg implants itself in the fallopian tube, or somewhere other than the uterus. These pregnancies are unable to proceed normally, and can life-threatening if left untreated.

Geneva’s last ectopic pregnancy occurred in August of 2015, leading to the removal of her last fallopian tube. The last ectopic pregnancy was considered to be the most difficult for the couple. While being prepared for surgery to remove the ectopic pregnancy, Geneva recalls, “I remember being prepped for my surgery, and my husband who was holding back tears kissed my belly one last time and told our baby that he loves him, words can’t describe how I felt at that moment.”

One of the most difficult aspects of infertility is finding the right way to answer the persistent questions about starting a family. Like others, the Santiago’s were frequently asked when they were going to have kids. Not wanting to discuss personal struggles with others, Geneva often made excuses while the frustration rose inside. They tried to envision their life without kids but, “I couldn’t make my heart follow my mind,” said Geneva.

After the removal of her last fallopian tube in August of last year, the only hope for the couple to start a family of their own was through IVF treatments. Unfortunately, however, the couple was unable to afford the costly treatments which were not covered by Shawn’s health insurance plan.

In their submission to the Win a Baby contest, Geneva wrote, “My husband and I would love to be able to have a chance of our dreams coming true and us finally getting the chance to complete our family.” This sentiment was amplified during the on-air announcement that the Santiago’s had won the contest.

After the initial excitement of the announcement wore off, the Santiagos made their way to Red Rock Fertility Center for the first stage of treatment. We are excited to announce the IVF treatment was a success and the Santiago’s are pregnant! They are expecting the newest member of their family to arrive later this year.

This is the very start of an exciting journey which will be chronicled here. Be sure to check back regularly to follow Geneva and Shawn through a life changing quest for the family they have always imagined.